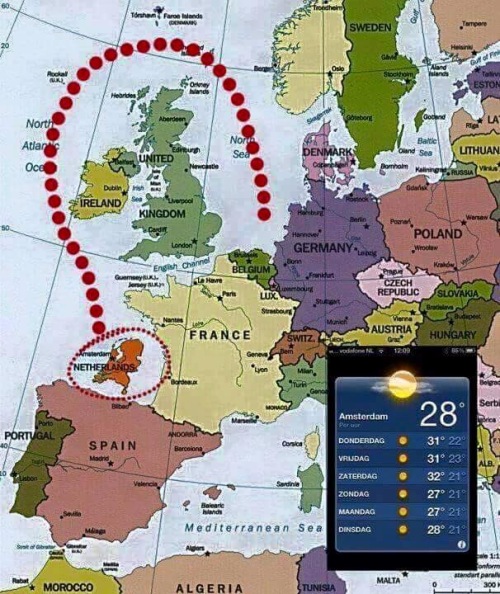 Dear Liberals, we understand your feeling of hurt and disappointment over the Brexit result. It did not go your way. These things happen. Especially to the younger generation brought up in the over protected, self-esteem movement based ‘everyone is a winner’ education system, the shocking realisation that in the real world you cannot always be winners could be disconcerting. But here is the thing folks, today the reason that the so-called right is rising throughout Europe does not necessarily point at a moral decay in society. It can simply be disenchantment with the promises that the left-liberals sold but failed to deliver. If you consider your ideology as a product and its consumers as your clients, then calling clients who were won over by the competition as ‘lynch mobs’, is hardly an effective strategy to win them back over. Trust me, I have been in sales for over twenty years and I am yet to see a single client coming back to the salesperson who abused him/her. 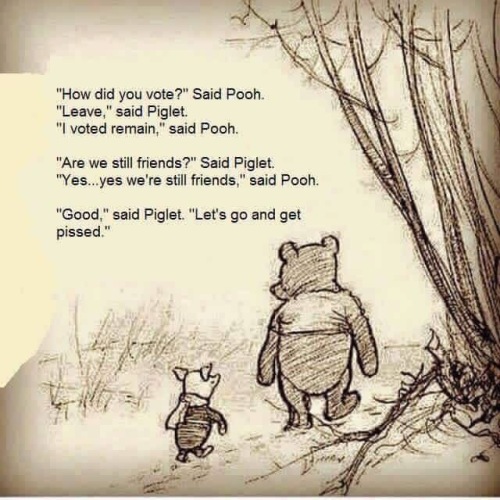 Get pissed betekent in Engeland: get drunk.

We live in a time obsessed with -isms and -phobias. There is a penchant for calling out anything deemed to be transphobic, homophobic, sexist, disablist, racist, classist… the list goes on. But ever since the UK voted to leave the European Union, there is one -ism that has been excused by the offence-seekers: ageism. It seems that hating old people is the new socially acceptable prejudice. Since the EU referendum, granny-bashing has become mainstream. Polls have revealed that the older population tended to vote Leave, in contrast with young voters who were predominantly in favour of Remain, and, with that information, some Remain supporters have turned ugly.

One popular tweet, referenced by journalist Giles Coren in his gross takedown of ‘old wrinklies’, encouraged young people to refuse to give up their seat on public transport for old people as revenge for their decision to vote Leave. Esquire magazine, meanwhile, ran an article bemoaning the fact that ‘some of the oldest and whitest people on the planet leapt at a chance to vote against the monsters in their heads’. Some got creative on social media, voicing their disgust for the old by sharing paintings by Goya. Alongside these visceral attacks on old people, some worrying political proposals are being put forward. Before the referendum a (middle-aged) journalist argued in GQ magazine for ‘a total ban on anyone of retirement age voting in the EU referendum’. Why? Because ‘the majority of senior citizens are politically and culturally informed – either directly or through osmosis with their flaky-skinned peers – by the Daily Mail’. These stupid old people should be banned from politics, he wrote: ‘We take pensioners’ driving licences away… why not their right to vote?’

Where were the cries of indignation? Where was the You Can’t Say That patrol? Instead of condemning this genuine prejudice against old people, many are actually celebrating the sense of drift between generations. Giving advice to young Remain voters, one Guardian columnist told them to ‘take heart in the fact that you’re more than likely part of this optimistic, open-minded gang’. Some have taken this quasi-religious faith in the young even further and renewed their calls for 16-year-olds to be given the vote. ‘The fact that 16- and 17-year-olds – about 1.5million people – were shut out of this decision is an absolute disgrace’, wrote one disgruntled youth.

Taking these arguments to their logical end would mean stripping the over-65s of their vote and handing it to 16-year-olds. According to many angry Remainers, children should be given greater democratic say than adults. Teenagers, who have a hard time picking their GCSE subjects let alone deciding on the future direction of politics, should be enfranchised, whereas their elders, adults who have worked and lived under the EU for 40 years, should be silenced. There is also a bizarre belief among many political commentators that the young have somehow been damaged by the result – that we have ruined our children’s future.

At the same time as Remain voters slam the alleged anti-migrant prejudice of Leave voters, they openly express their own ugly prejudice towards old people. But far from being evil, right-wing reactionaries, the older generation has proven itself to be far more radical than the younger generation. In voting for a Brexit, they have won greater democratic control for the British public – young and old. Thanks in part to those pensioners who voted Leave, we now have more power to take control of politics and shape it in brilliant and radical new ways. We owe them. 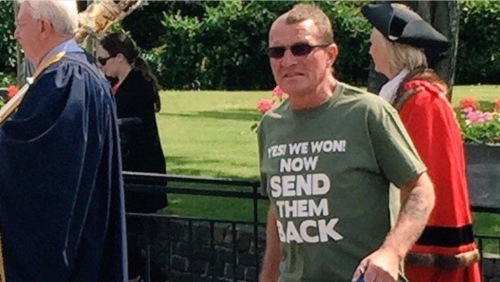